"This compelling book simply draws the reader straight into the action. The detail of operations feels really authentic and the plot line is both dramatic and convincing. Well conceived and very well written - can't wait for the next one!" 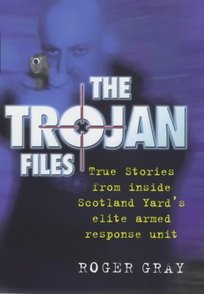 This book takes you inside Scotland Yards Elite Armed Response Units and CO19.

Roger joined the Metropolitan Police in 1968 and served as a constable in Central London. His experiences have encompassed murder squads, serious public disorder, car theft, robbery investigations and latterly as a supervisor in hostage situations.

He served with London's Special Patrol Group and was posted to the Diplomatic Protection Group. He's also carried firearms in Downing Street and been responsible for the protection of the then premier, Margaret Thatcher.

﻿Barry Simner - Scriptwriter and co-deviser of The Vice ﻿
"I was gripped by the Trojan Files for the whole of a five-  hour train journey. Not only gripped but deeply moved" 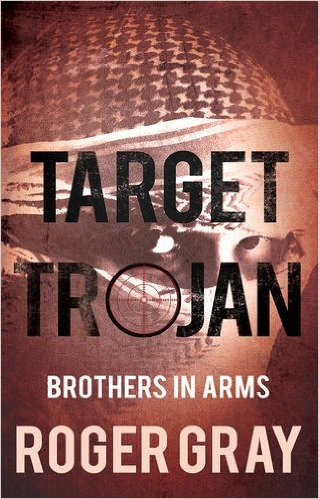 ﻿Imagine a way to strike at our society in a manner that would be devastatingly effective, that would sap resources, manpower, reserves and resolve. How could a small maverick group, driven by fanaticism, hatred and a thirst for revenge exact such a terrible price? They must be like water, like air. Ever present, yet deadly. Feared but untraceable. Khamsin and Haab require revenge in epic proportions. Seeking a reckoning for their younger brother's death, Haab and his sister merge into western society - he into the Islamic community, her as nurse. For the intelligence services they are nightmare, they leave no shadow.


The emergency services are attacked and debilitated. For every real act of terrorism, a dozen false calls, and all require armed support that is beyond the Government's ability to supply. Firearms officers are a prime target as beguiled young men destroy themselves in a quest for martyrdom. Inspector Royston Bladen-Barras leads the armed police response to the terrorists - an ex-soldier and Colour Sergeant he is as good as they come. But when an ambush kills his best friend and his strong family ties are stretched to breaking by the reappearance of an old love, his morals and the rules by which he lives are called into question. His brothers-in-arms have unshakable faith in him - but will it be enough? Royston Bladen-Barras has sworn revenge on his friend's grave.
The Haab and his little sister have sworn vengeance with their little brother's blood

To purchase this book and receive a personally signed copy click Here
Enjoy the Safety of Paypal, Even if you dont have an Account you can still pay this way, with a card.